Postmodern Jukebox is a group that turn songs into different styles and time periods. They have many songs. This is a pretty famous song and this guys under the name of Postmodern Jukebox did a cover with a vintage style genre and the end result was am…

Slight Band History: William Arthur Clark is a singer/songwriter under the name of Lucky Criminal. William started working on music for Lucky Criminal in the end of 2012 in what would eventually be the first album to be released under …

Slice Of That PieThis song comes out in the second part of Burial At Sea. Bioshock is a game filled with great music and cinematic themes, This is one of the songs that most caught my attention and I found it interesting how it catches perfectly the st…

So we did a new video based around music with different genres.here it is:Check it out!Check it here

Slight Band History:Rancid was formed in 1991  by guitarist/vocalist Tim Armstrong and bassist Matt freeman. The two of them grew up together in a small town in Albany. They also played in Operation Ivy, Ivy as “Lint” and Freeman as ” Mat M…

Harmony of HeroesHello there! after a little break out of the blog I leave you here with a treat for a nintendo/video game fan. These guys did a fan-arrangement of all nintendo classic songs portrayed in Super Smash Brothers. Fan or not it has pretty s…

Slight Band History:Brendan Lukens and Jake Ewald were high school friends from Brunswick, Maryland, they began as an acoustic duo before moving to Philadelphia, Pennsylvania for college. They met Sean Huber and bassist Ian Farmer at a normal coll…

Here is a cover I made with some friends of the song Home of Phillips PhillipsI’m Gonna Make This Place Your Horse:Hope You Like It!

Slight Band History:Anberlin since the begging has consisted of the lead vocalist Stephen Christians, guitarist Joseph Milligan and Christian McAlhaney, bassist Deon Rexroat, and drummer Nathan Young. The original name of the band was SaGoh 27/7, after…

Slight Band History:Eels is a band made by singer/songwriter and multi-instrument player Mark Oliver Everett, better known as “E”. The band members change and go a lot making Mark the only official band member. Eels talk about dark themes of…

Slight Artist History:His name is Todd Bryanton known more as “Lil Deuce Deuce” For his youtube posts and channel. Todd is a musician and composer, he plays keyboard, bass, guitar and drums, but his instrument of choice is drums. He has composed many … 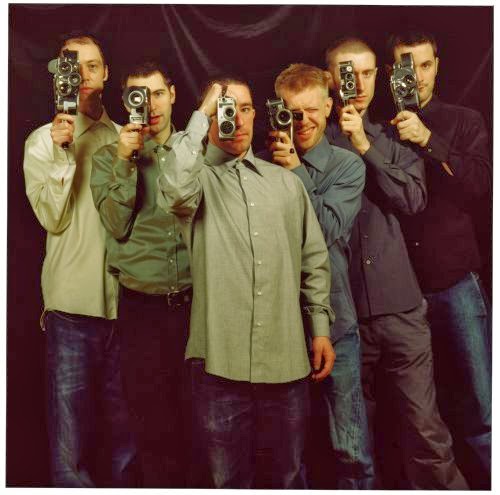 The Cinematic Orchestra was created in 1999 by Jason Swinscoe, other than him the Band members are former DJ Food member PC (Patrick Carpenter) on turntables, Luke Flowers (drums), Tom Chant (Saxophone), Nick Ramm ( piano), Stuart McCallum ( guitar) and Phil France (double bass). Swinscoe and Carpenter”PC” have also been in a band called Neptune. Swinscoe first had a band called Crabladder while he was studying Fine Art at Cardiff College in 1990. Also being a DJ on Heart FM a radio station in south london.

Other Albums:
Fun Facts About The Band:
1. The were ask to performed at the Director’s Guild Awards ceremony for the Achievement Award to film director Stanley Kubrick.
2. The Cinematic Orchestra created a cover version of Radiohead song “Exit Music (for a film). Here is the (original by Radiohead) and here is the (cover by The Cinematic Orchestra).
3. They have songs appeared in movies like: Trinidad, The Tree, Polytechnique(film), Step Up Revolution also in tv series like: jPod, Friday Night Lights, Grey’s Anatomy, One Tree Hill, Criminal Minds, Packed to the Rafters, Ugly Betty, On Thin Ice, Suits, Top Gear, Teen Wolf, So You Think You Can Dance and many, many more.
4. The Song “Channel 1 Suite” was used in a trailer for the TV series Lost.
5. The songs “The Man With a Moving Camera” and “The Awakening Of A Woman” the names of those songs are based on the movie ” Man With a Moving Camera” directed by russian  Dziga Vertov.
Top Songs:
Alternative Links(Top 5)

A Little Taste Of It:
This is a new section I’m gonna be adding now and to my old post, In here I’ll pick one song from the band I’m talking about for you guys to hear, It could be my favorite from them, the first I heard from them, a cover from them, Their most popular and so on. I’ll always state which ever reason on top of the video: Reason for this pick: First one I heard from them.
The Awakening Of A Woman By The Cinematic Orchestra
Personal Opinion:
I found this band recently not even a week a go. They were in my suggest list on Spotify for listening to “Múm” a band that I’ll one week of these talk about. I’ve been listening to The Cinematic Orchestra while looking for info of them and i have to say I’ve enjoyed them a lot, is a very peaceful instrumental jazzy tune they play. It’s great for working or thinking music and even to relax a bit. I have yet to skip a song so that’s a good sign. All i have to say is that if you enjoy movie scores and sometimes want a more soothing tone give this band a shot, you’ll be surprise how fast most of their 10 minute songs go by.
-Cheers
If you find this band interesting and want to see more check them
Out!
cinematicorchestra.com
If you think I’ve missed something, disagree, agree or wanna add anything, comment!
-Skullky
Continue Reading 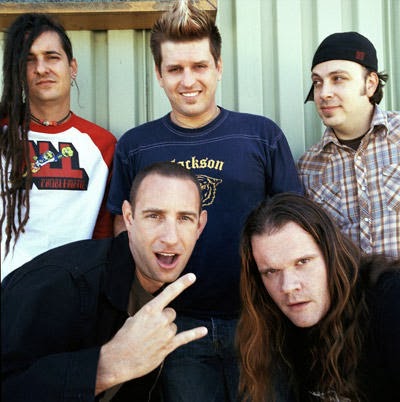 From: Gainesville, Florida, United States.
Fun Facts About The Band:
1. They have two songs featured in two Tony Hawk games, That’s Why They Call It The Union in Tony           Hawk Underground 2 and All My Bestfriends Are Metalheads in Tony Hawk Pro Skater 4.
2. Chris has been recording his own solo music while not working with Less Than Jake. He is a guest vocalist on the 2010 album The Seven Degrees Of Stephen Egerton by Descendents guitarist Stephen Egerton.
3. Vinnie Owns a toy company called Wünderland War.
Top Songs
Personal Opinion:
Like most of my favorite bands I heard them for the first time in a Tony Hawk game. I say that the first song i heard and knew from them was “That’s why they call it a union” on THUG2 because even though i heard “All my bestfriends are metalheads” first on THP4 i didn’t knew it was them. Saying that, like most songs from those games I liked them a lot, had the soundtrack, heard all of those songs countless times and when i was older and noticed that “All my bestfiends are metalheads” is Less Than Jake as well, I went to look for more songs of them, already liked two probably was going to like more and did. Too keep this short, if you like ska or punk you’ll like this band and if you liked the punk/rock soundtrack from Tony Hawk games you’ll definitely will like them.
If you find this band interesting and want to see more check them
Out!
http://www.lessthanjake.com/
http://www.youtube.com/channel/UCEbDEIgU9q5kzhE3rZtnFNQ
If you think I’ve missed something, disagree, agree or wanna add anything, comment!
-Skullky
Continue Reading
Slight Band History: 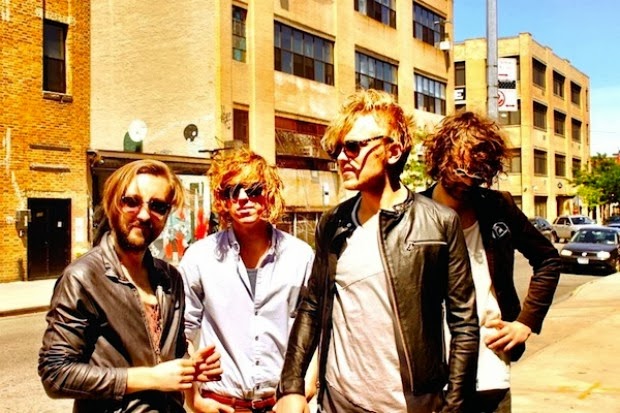 The Royal Concept originally known as “Concept Store”, “The Concept” and “Stockholm’s Royal Concept”. The band is composed of David Larson (guitar, keyboard and vocals),  Filip Bekic (guitar) ,  Robert  Magnus (bass) and Frans Povel (drums). This group is relatively new, their debut was in 2010 under the name of “Concept Store” with their single “Damn” showing their electronica mix with a “Phoenix” like sound. The band changed their name to “The Royal Concept” in 2012.
Details:
Genre: Indie Rock, Indie Pop, Alternative Rock, Synthpop
Activity: 2010-Present
Name Origin: N/A (for now)
Studio Albums:
-Goldrushed(2013)
EP:
–The Royal Concept EP(2012)
-Royal-EP (2013)
From: Stockholm, Sweden
Fun Facts About the Band:
1. They made a song for Frankinweenie “Lost In You“.
2. “Gimmie Twice” appeared in Movie 43.
3. Their Single “Goldrushed” was featured in FIFA 2013’s soundtrack and in Nascar the game: Inside Line.
4. “On Our Way” was covered by Glee season 5 on the episode “the end of the twerk” (what a surprise;)
Top Songs
Personal Opinion:
I don’t know much of this band, because they’re is not much information about them, some friends of mine recommended me this band saying that they sounded a lot like “Phoenix” but had a sort off different vibe too it, they were right about that. I really can’t say anything negative about this band cause they are just starting, I can say this, if you like “Phoenix” you will like this band cause it does have some very nice tunes, two of my favorites are “Goldrushed” and “On Our Way” they have a nice sound to it, check em out. it wouldn’t hurt.
If you find this band interesting and want to see more check them
Out!
http://www.theroyalconcept.com/
http://www.youtube.com/user/TheRoyalConceptVEVO?feature=watch
If you think I’ve missed something,disagree,agree or wanna add anything, comment!
-Skullky
Continue Reading
Load More Posts