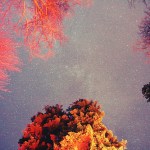 Just finished the latest Milan Kundera novel, The Festival of Insignificance. So I found, appropriately enough, a Flickr photo titled This insignificance is unbearable.

Here, I am only going to share a couple of passages from the book. It’s a comedy made of small parts. A puppet theater with Stalin and Kalinin, and some sarcastic irony. But essentially it is a novel about insignificance as the key to wisdom, and its importance in this time where we take for given seriousness and heaviness in doing things that is just that, heavy and useless. Of course it reminds me his most-known novel, The unbearable lightness of being, which I unbearably loved.

Insignificance, my friend, is the essence of existence. It is all around us, and everywhere and always. It is present even when no one wants to see it: in horror, in bloody battles, in the worst disasters. It often takes courage to acknowledge it in such dramatic situations, and to call it by name. But it is not only a matter of acknowledging it, we must love insignificance, we must learn to love it.

Only from the heights of an infinite good mood can you observe below you the eternal stupidity of me, and laugh over it.

Don’t you love this, The eternal stupidity of me?? This also reminds me of a joke by Groucho Marx:

Those are my principles, and if you don’t like them… well, I have others.

There’s only one possible resistance: to not take [the world] seriously. But I think our jokes have lost their power.

Has it really Arrived?