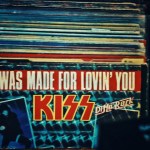 The powerful idea of “the First something” (first kiss, first time into a city, whatever) and the power of “image” vs reality. Convince people you sell love, not the products you actually produce. This is after all the genius [sic] idea behind most marketing.

Now Knorr has done it and it at par with Coca-Cola and similia. This campaign is called “Love at first taste” and I think the idea is pretty powerful. Now, it won’t convert the famous little cubes into people’s happiness-inducing stock but it tries hard. Of course, the target here is not wild youngsters who like being together, but instead all us in the intimacy of one’s kitchen. Hence, intimacy triggers love. The genius work is always convincing people to associate an idea to the product.

Now, talking about love, this next one is but another viral video based on the same idea of something genuinely happening for the first time; something, of course that arises our ancestral curiosity and fascination. We the targets are always a bit voyeurs.

See the joy and hunger of these first kisses. Hey, first kisses are a basic human right, right? It’s fascinating to see how social inhibitions get dissolved once there is the “excuse” of an arts project.

First Kiss, a film by Tatia Pilieva. In this film, the director “asked twenty strangers to kiss for the first time….”